FIREPIN Token (FRPN) is one of the many cryptocurrencies on the lips of holders today. Its broad utility and token use cases, especially for staking, yield farming, swapping, and the metaverse, have represented the centrepiece of such conversations.

These coins that started on a similar trajectory and commanded a high following are Dogecoin (DOGE) and Shiba Inu (SHIB). This article talks about both coins and how FIREPIN Token (FRPN) may be on a similar pattern.

The case for Dogecoin (DOGE).

Dogecoin (DOGE) is a decentralised peer-to-peer network designed to provide an open-source and easy-to-use alternative to Bitcoin (BTC). DOGE has been described by the majority of the crypto community as a ‘meme’ token due to the lack of real utility during its early stages of development. Now the ecosystem is recognised for offering low transaction fees, high scalability, and fast transaction throughput.

Though many believe DOGE to have little utility, The speculative potential and community following have compensated and placed it further ahead than some of the most applicable tokens in the market. As of May 2022, DOGE reached around $11 billion in market cap, placing it as the 10th largest cryptocurrency by market cap.

Like most coins on the market, DOGE has also experienced a period of instability and market dips, especially as seen in its recent 10% drop in late April. Typically, the value of meme tokens like DOGE is drawn from influencers’ endorsement, hype, and the subsequent ‘FOMO’ they generate. However, the unpredictability and absence of real-life applications often dissuade investors from putting money into DOGE.

Shiba Inu (SHIB) was created in August 2020 as a meme token designed to stimulate decentralised ecosystems. The network was built on the Ethereum protocol and boasts an efficient security infrastructure, as well as universal appeal. Recently, the Shiba Inu team launched a DEX (decentralised exchange) called ShibaSwap, which has been generating traffic due to a large number of users opting to utilise the platform. Shiba Inu have recently partnered with Robinhood as part of their strategic development. Currently the effect on Shiba’s trading volume or profit margins are yet to be realised.

The value of SHIB has been in a downwards trend for over five months now, having dropped in late January this year by roughly 70% in its recorded transactions. Much of the narrative around the bearish trend ties to SHIB’s lack of utility and ideas to develop the project, essentially leading to a fall in value. As of writing, SHIBA INU is 66.29% below the all-time high of $0.000032.

FIREPIN (FRPN) with the world at its feet

Firepin is a new metaverse token that enables users to utilise a range of blockchain networks. The tokem operates using a DAO (decentralised autonomous organisation) system. Holders of the FIREPIN Token (FRPN) can use their tokens to vote and make major decisions on how FIREPIN progresses over time. The team have stated that Firepin is a multichain network, This implies that it can be used on various networks with little difficulty. As part of efforts to ensure price stability, FIREPIN employs the Algorithmic Reserve Currency mechanism.

FRPN are aiming to operate on Binance Smart Chain (BNB), Ethereum (ETH), Polygon (MATIC), Avalanche (AVAX), and Solana (SOL) in order to enable holders to execute transactions on a quick and affordable scale. 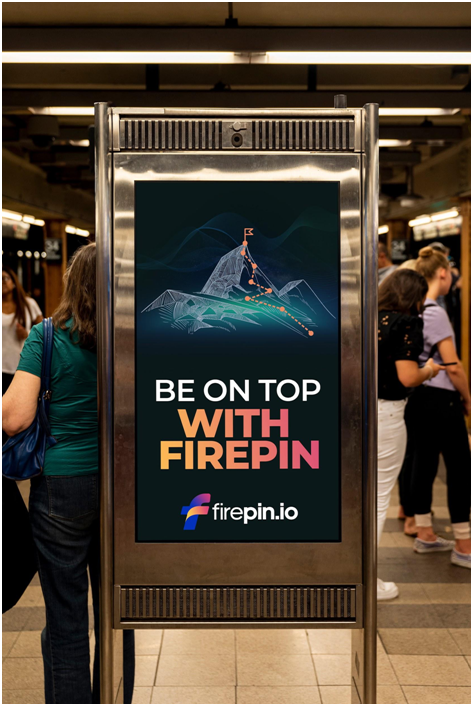 Several crypto enthusiasts believe that Firepin has the necessary features to gain revenue. According to the White Paper, “FIREPIN hopes to build the largest community in the crypto world along with their tokenomics, whilst promoting a long-term increase in FIREPIN token’s value.”

Alongside the initiative to capitalise on the metaverse and play-to-earn (P2E) games, FRPN intends to offer staking and farming options through the staking platform. Firepin network participants will be able to validate transactions based on the number of coins they contribute or stake. The more coins users stake, the higher their chances of being chosen to validate network transactions and earn rewards. Yield farming is a procedure that enables users to lend cryptocurrencies with interest, in most situations, this helps to generate additional funds.

The platform also includes FIREPIN Swap, a product that will help users switch one cryptocurrency for its equivalent value in another. This option is designed to help users reduce the cost of switching to a different cryptocurrency.

FIREPIN has a total supply of 100,000,000,000 (100 billion) tokens across all protocols, with 30,000,000 tokens reserved for the presale. It is crucial that cryptocurrencies have a cap over their supply in order to avoid rapid inflation.

Following a series of successful presales, FRPN is undoubtedly set to command a high following like Dogecoin (DOGE) and Shiba Inu (SHIB).

For more information on how to join the presale, look below:

Polkadot and Kusama Ecosystem New Round of Development with This Innovation