Polkadot [DOT] and Cardano [ADA] blockchains are known for their intense developer activity and focus on building their technology. However, this time around, the case may be a little different. According to a recent Santiment tweet published on 27 September, DOT surpassed ADA in terms of non-spam submissions to their GitHub.

According to Santiment over the last 30 past 30 days, Polkadot and its network, Kusama witnessed 14.3% more non-spam submissions than the next largest asset, Cardano. However, this could be due to Polkadot’s upcoming upgrade to v9280.

As can be seen from the image below, Polkadot has been outperforming Cardano in terms of development activity most of the time in the last three months.

A closer look at DOT

One of the reasons for Polkadot’s recent surge in activity could be attributed to their recent proposal to upgrade the Polkadot network to v9280. The upgrade would incorporate nomination pools to Polkadot’s runtime, along with other fixes and upgrades.

The Polkadot community would vote on other proposals as well, including deciding upon governance ,the Kusama Relay chain, and other various decisions. Even though Polkadot has been actively trying to upgrade its technology, developers haven’t been able to attract new accounts.

Further, as per subscan, the number of active accounts and new accounts being added to Polkadot plummeted on the decline for the past few days. 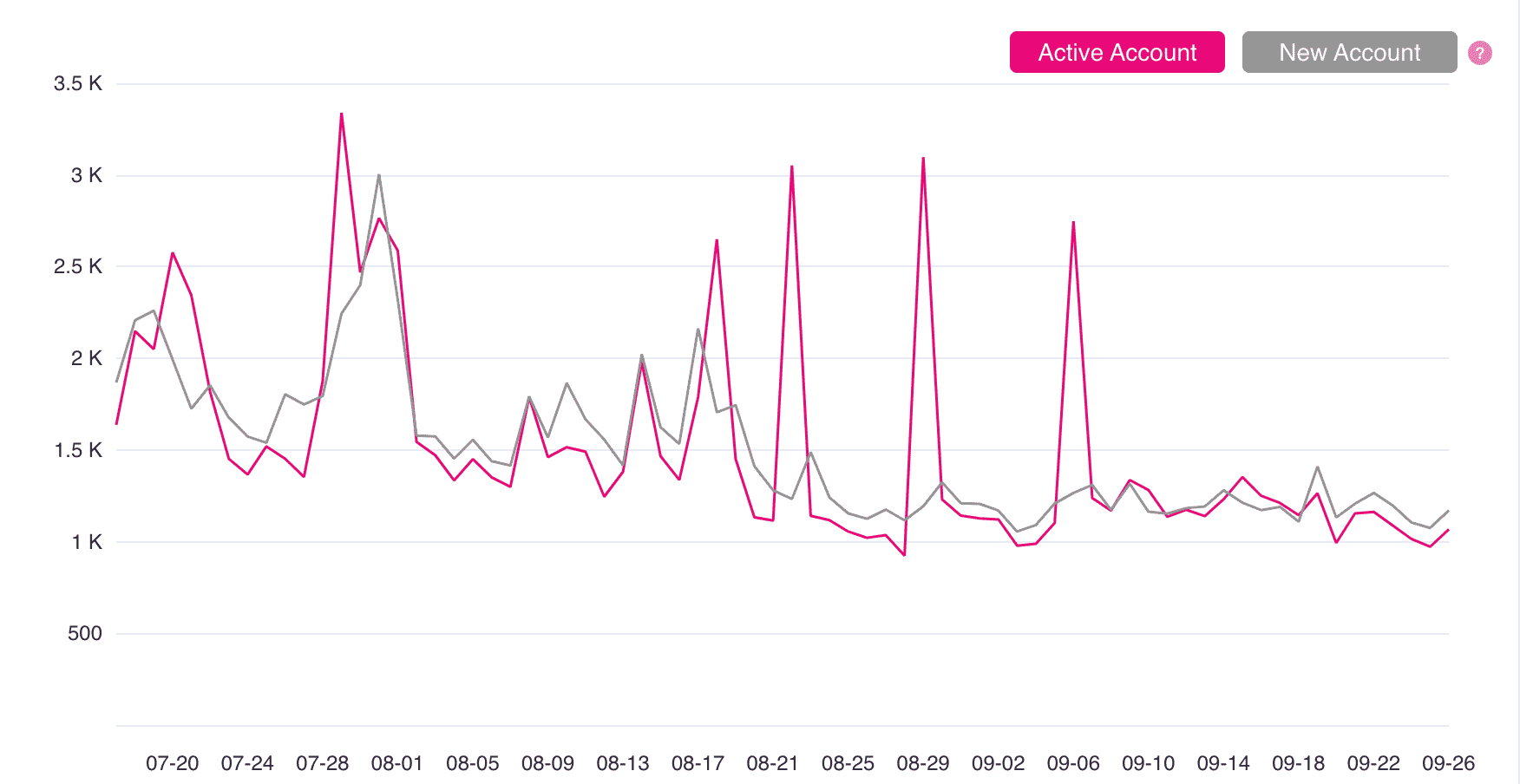 Thus, it remains to be seen whether the recent upgrades will help Polkadot attract new accounts. Although Polkadot did show some impressive growth in the last few days, with respect to updating its technology, they have been lagging behind in the NFT space.

Over the last three months, Polkadot’s NFT volume as well as the respective trading volume decreased quite dramatically. For Polkadot’s long-term growth it is necessary for DOT to show growth in both these aspects.

On the brighter side

Polkadot’s price has been growing well for the last seven days. In the past week, its price surged by 11% and was trading at $6.78 at press time. Its trading volume also went up by 48.5% in the last 24 hours. This showed that the short-term future of the token stood bullish.

Furthermore, Polkadot showed massive growth in terms of collaborations. The blockchain collaborated with Tether, wormhole crypto, and unique NFT chain. This indicated that Polkadot had been trying to grow in the DeFi and NFT space as well.

As Dogecoin Price, Shiba Inu and Other Memecoins Crash, Here’s Why Tamadoge Will Pump 10x

As Dogecoin Price, Shiba Inu and Other Memecoins Crash, Here's Why Tamadoge Will Pump 10x