Cardano surpasses BTC, ETH on this front; can ADA keep up with the pace

Ghost chain– the presence of FUD around these was noted in various stages of Cardano [ADA]. Despite significant upgrades, such censures continue to see new faces. But was it time for such narratives to stop?

From this to that

Two weeks after the Vasil hard fork, a landmark event for Cardano, it could be argued that the update had a positive effect on the blockchain.

According to Cardano Blockchain Insights, the blockchain registered a total of 51.3 million transactions since its inception in 2017. Herein, around 12.5 million smart contract transactions were generated since the Alonzo hard fork was launched in September 2021. This accounted for almost 25% of all transactions generated in the last year.

In terms of transactions daily, transaction count on Messari saw more than 55k transactions on the network at press time. Meanwhile, Cardano stood #2 in the list and ahead of Ethereum, when it came to 24-hour transaction volume.

At press time, Cardano registered figures of $3.3 billion while Bitcoin only recorded $1.7 billion. Furthermore, Cardano’s market cap at press time was only $13,547,194,685, further adding to the doubts of skeptics.

The chief figure and CEO of IOHK, Charles Hoskinson too highlighted some important insights following the network’s upgrade. In a tweet, the chief asserted,

In addition, development activity and trading volume too followed the laid trail to narrate a similar bullish picture.

…if so, then ADA would have to expedite the price hike process. The Cardano price has been following the general market sentiment and trended to the downside in the last 24 hours. ADA moved sideways over the past few months, coming off a major downtrend.

In early 2022, the cryptocurrency finally broke below the $1 price point which triggered more losses and sent Cardano flying back to its 2020 levels. And still, the down side continued. At press time, ADA suffered a fresh 8% correction as it stood around the $0.40 mark. 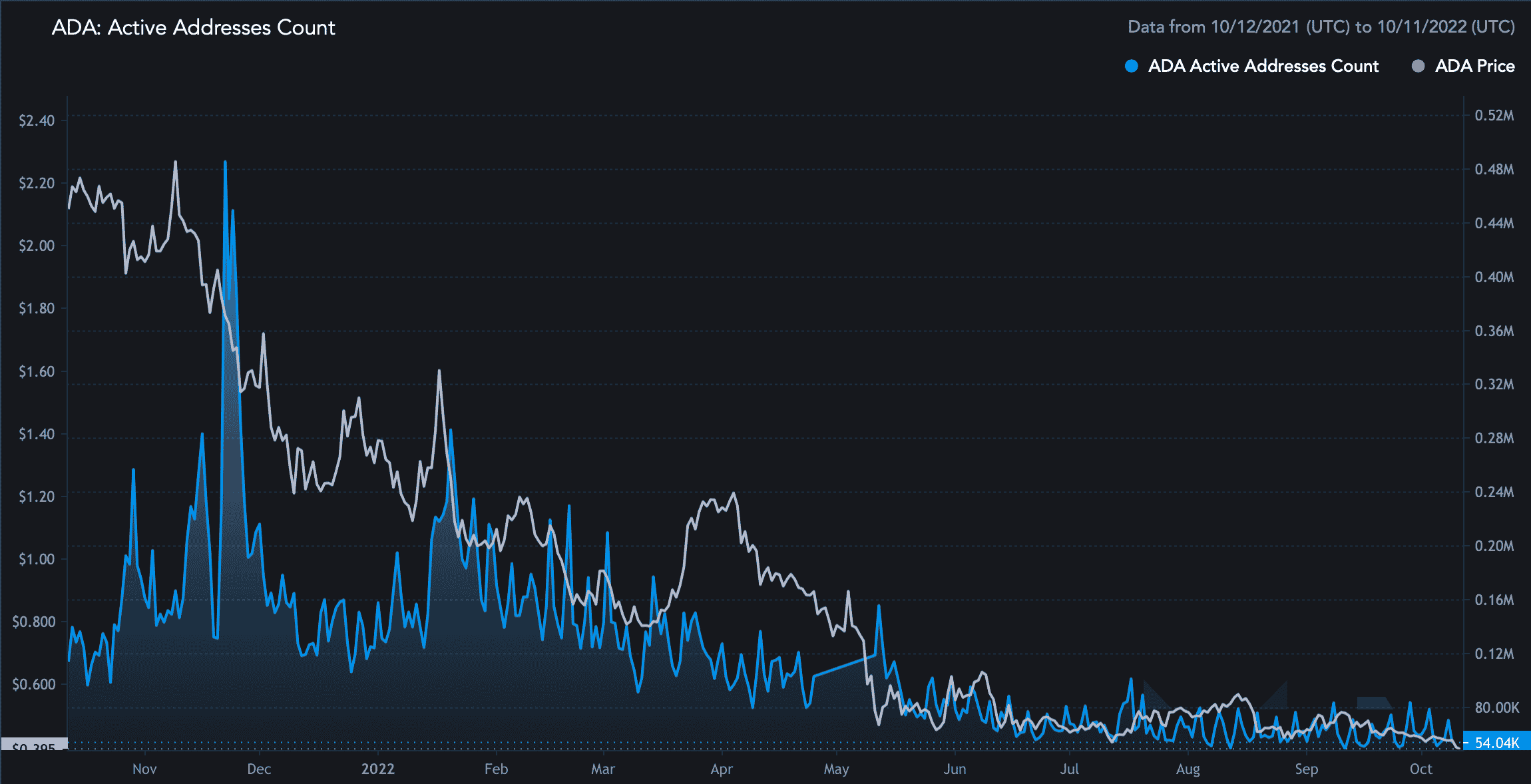 Not just this, but even holders failed to see the credibility of the network as can be seen in the graph above.